Creative trends or not?

Yes, another list of marketing trends! Just what you were waiting for, right? Well, I don’t mean to dampen your enthusiasm, but this article is about CREATIVE trends. I thought it was cool, so I volunteered for it.

But when you start thinking about it: trends in creativity… do they even exist? We’re not talking about design, channels or techniques but – to quote the good old Oxford Dictionary – about “the use of imagination or original ideas to create something”.

I won’t go all philosophical on you, but I don’t believe you can be original and trending at the same time. So, my conclusion is simple: there are no trends in creativity. End of story.

Well, not quite. Actually, because there’s context, and our context changes constantly. And unlike artists, we cannot ignore that. It is the ability to create new and original things in an ever-changing context that defines creativity in our business.

Fifteen years ago, creatives had to come up with a creative concept and translate it into three or four types of unidirectional media. Today, everything happens in real-time, is omnidirectional, measurable and even predictable. And within that context, we need to be creative. When context evolves, we need to adapt, creating trends as we do. Some of those “contextual trends” have a significant impact on how we work and how we organise our businesses. I’ll discuss three of them below.

People want to engage with brands and products that have a real impact on their lives. They prefer brands that drive social activism and don’t shy away from political commentary. People actually want brands to engage in #MeToo debates and communicate their values.

A good example is P&G’s highly emotive winning campaign “The Talk”, which explored the history of racial bias in the United States.

A survey by BOP found that 80% of B2B purchasers are likely to evaluate solutions from brands they follow on social media and to engage with and follow “authentic content”. Therefore, building a brand and culture around values can be a winning strategy for B2B businesses.

2. The rise (and fall) of influencers

When it comes to earned media, many influencers not only have become more important than traditional media channels, they have supplanted celebrities and brand endorsements. But since social influencing has become a highly evolved and highly commercial machine, with influencers charging millions of euros for endorsements, a grey market of paid-for followings has arisen.

Earlier this year, the New York Times published The Follower Factory, an investigative report on influencer marketing exposing these practices. And at this year’s Cannes Lions festival, the CMO of Unilever, Keith Weed, condemned bad practices like bots and fake followers, calling them “dishonest business models”. He promised that Unilever will never buy followers or associate with influencers who do.

Even in a KPI-dominated environment, where it is tempting (and sometimes easy) to simply buy results, fakers will be exposed, damaging brands when they are.

Voice assistance and voice recognition, AI, gamified campaigns, 5G, smart cities, IoT… The right mix of data and creative thinking will help businesses to get ahead and grow their revenues by 10 per cent a year, according to a study by McKinsey released at Cannes.

Ever-more targeted advertising, personalised content and contextual advertising demand a new breed of creatives who are hard to come by since they’re on the wish list of every major tech company.

When I started working at DDB about 25 years ago, I received a little booklet with Bill Bernbach quotes. Here’s one that still applies in the current context:

“However much we would like advertising to be a science – because life would be simpler that way – the fact is that it is not. It is a subtle, ever-changing art, defying formularization, flowering on freshness and withering on imitation; where what was effective one day, for that very reason, will not be effective the next, because it has lost the maximum impact of originality.” 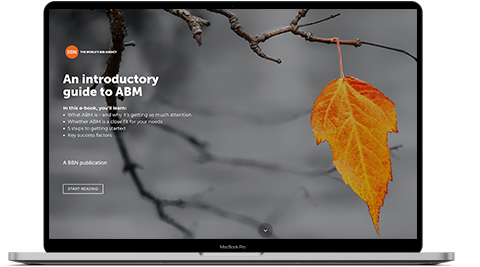